Imagine yourself entering an art gallery...

...People walk in silence surrounded by beauty. Now, imagine to stop and take a long and deep breath and to shout out, with all your force.

It's absolutely forbidden, of course it is.

But if you would be able to do it, if you wouldn't fear to break the rules, if you couldn't avoid it anymore, you would hear it rising in the silence as the most beautiful, unexpected and revolutionary sound of liberation.

Mine is the story of that shout. A shout feared, silenced and ignored for too long.

My previous lifestyle was this way, and it ended.
I was a career woman that fought to conquer her own spot in a misogynistic world and surrounded by friends and family, luxury and beauty, travelling the world for work and pleasure, I had a cozy and stylish home, love affairs ..... I was happy.

Later I met yoga in a pivotal moment of my life. That was a time of inner chaos and suffering. Yoga was the reason for a change and, suddenly, all started to be in alignment with the Universe itself.

If yoga was the reason, Ibiza was the shelter. I’ve been loving and visiting this magic island for years before moving and starting the second chapter of my life. Here I found my own balance and the good energy that I was looking for, changing lifestyle and reaching awakening, consciousness and the awareness of myself.

After seven years of practicing, I felt the need to go deeper in the knowledge of this stunning discipline and I moved to Goa to attend a course to become a yoga teacher at the SWAN Yoga Retreat.

That was the place where I received the call, my call. From that time, nothing has been the same anymore. 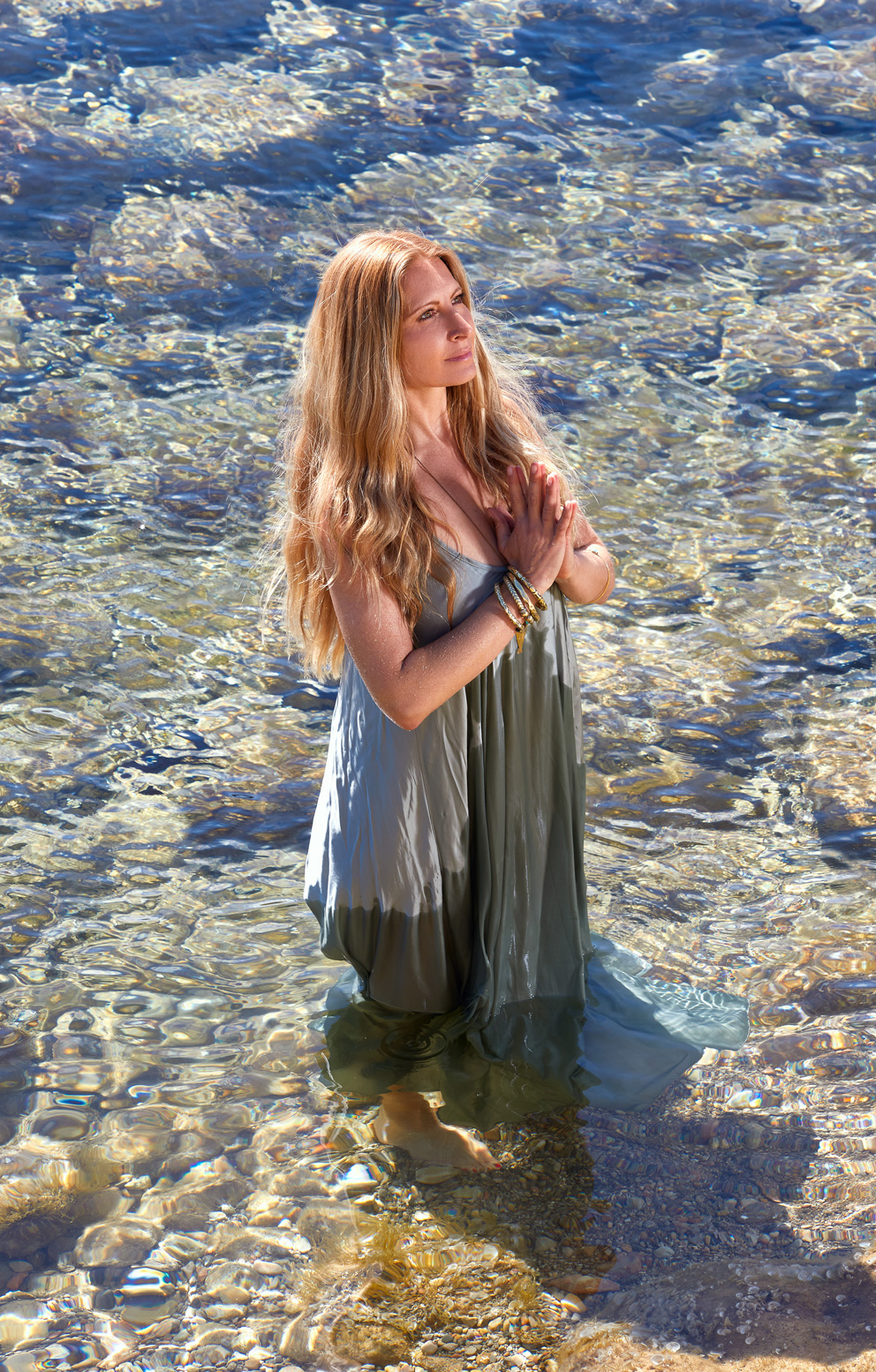 Dharma is the mission. But what is my dharma?

This was the crucial question that I've been wondering every day in the months between moving from Italy to Ibiza and my trip to India. I had discovered the power of yoga, but my life was still shared in two parts between "before" and "after". I was stuck in the middle of my path.

But the Universe is generous and, one day, it gave me the opportunity to change and discover my Dharma. Thanks to a common friend, I met my Guru and decided to attend a course as official teacher at the Swan Yoga Retreat of Goa.

Those were unforgettable days. For four weeks I lived in the jungle, experiencing silence and meditation, studying the holy books, purifying soul and body, suffering and crying, all with absolute devotion.

I've been close to give up, but I didn't.
On my last day at the ashram, I attended a philosophy lesson. “What does happiness is?”, asked the teacher.

“Happiness is a state of mind”, he replied after a few seconds of silence, “but it has some limitations”. To be happy we must be satisfied of ourselves, have a life discipline, live free, we must love, trust and not to judge ourselves, do yoga, mantra and meditation, because be happy is a responsibility (Diana Yoga). Moreover, we must have good relationship with the others and do good deeds in order to have a good Karma.

But, what our daily Karma is? How can we make our contribution to the world? This aim is reachable through the job we do.

“Doing the job you love, you'll be helpful to the others and the universe itself”, said the teacher, closing the lesson.

Listening to these words I had my revelation and I discovered my mission: I wanted to teach Yoga and I will do it.